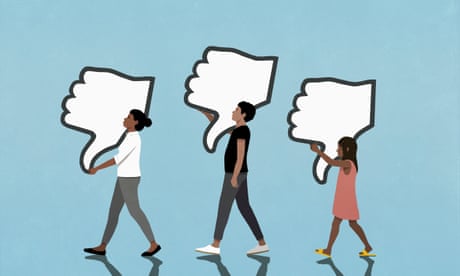 As the troubled social media platform Twitter rolled out a paid verification system and laid off thousands of content moderators, health misinformation accounts on the social network began pushing their messages to a wider audience than ever.

Under Elon Musk’s new direction for Twitter, several anti-vaccine accounts with tens of thousands of followers are now verified by paying $7.99 a month for Twitter Blue.

“There’s always been misinformation on the platforms,” said Sarah Barry, a vaccine advocate. Social media companies “only respond when something gets reported on, but they’re not actually proactively watching these groups”, she said.

Some tools, like verification on Twitter, were meant to address impersonation on the platform by verifying the identities of government officials, public agencies, celebrities, journalists and others.

But the tools are now being used to create a false sense of validity in order to spread dangerous falsehoods, including about vaccines. And groups on other platforms, like Facebook, continue to circumvent moderation by making minor changes to their names and the terms they use to promote anti-vaccine agendas.

Verified accounts are frequently seen as reliable and trustworthy, and Twitter’s algorithm gives them a higher ranking in search results, replies and follow recommendations.

“There’s a sense of legitimacy that comes with it,” said Barry. “By verifying this anti-vaccine account, they’re kind of verifying all of the misinformation it shares … it makes people think, ‘Oh, well, this is a verified account. This must be true.’”

Before the change in leadership, Twitter was working to remove some accounts that spread anti-vaccine disinformation.

But “now it looks like Twitter’s giving these accounts some legitimacy”, said Peter Hotez, a vaccine scientist and dean of tropical medicine at Baylor College of Medicine.

“It looks like now they’re going to move in the wrong direction, and actually help promote groups that are touting anti-vaccine, anti-science disinformation.”

Users have already tested the new system by impersonating leading brands, like the pharmaceutical company Eli Lilly, leading to sharp dips in the company’s stock price and a call to re-evaluate insulin prices.

The change in Twitter rules also means pay-to-play verified accounts may reach wider audiences – and, with large cuts on moderation, the accounts could continue spreading misleading and harmful information.

Other anti-vax advocates were already legitimized by social media platforms. Robert F Kennedy Jr, one of the leading anti-vaccine propagandists, already had a verified account on Twitter before the new verification system, and international and regional chapters of his anti-vaccine group, Children’s Health Defense, are still active on Facebook.

Facebook groups that are shut down for vaccine misinformation quickly return, and users dodge bans simply by changing the words they use.

Fernandes coaches members not to write certain words that will be picked up by moderators, he explained on a recent show produced by Children’s Health Defense.

“I basically train the members to … get away from that kind of language and get more into undercover, what I call ‘carnival talk’ – that way the algorithms can’t figure it out,” he said.

Group members often refer to the vaccines as food – “cookie”, “peaches”, “cheeseburger” – or use purposeful misspellings, especially for purported side-effects like seizures (“see jures”) or cancer (“can sir”).

One phrase that is picking up steam in the anti-vax world is “died suddenly”, which may be used in official media reports to talk about any sudden death, making it harder to moderate automatically.

In a trailer for the film, 12 people are shown fainting or seizing, with the implication that they died from vaccines. In fact, at least four of the people shown did not die, and there were no links to the vaccines in their fainting episodes.

The trailer also shows footage of Megyn Kelly, a SiriusXM host, talking about her sister’s heart attack. But the trailer doesn’t show Kelly’s discussion of their family history of heart attacks.

“This is what the anti-vaccine activists do – they take real facts or factoids, but they use it to spin a false narrative,” Hotez said.

In recent years, there has been a significant increase in excess deaths – mortality above previous years’ averages – because of Covid-19. It is an extremely dangerous illness, especially for those who aren’t yet vaccinated, which can cause lasting damage to cardiovascular health and other organ systems.

More than 300,000 Americans have died from Covid-19 because they didn’t get vaccinated, according to one analysis – more than six times the number of Americans who died by gun violence in 2020, for instance.

The vaccines to prevent severe disease and death from Covid-19 are extremely safe and effective, with millions of people around the world vaccinated.

Even so, anti-vaccine propaganda has increased dramatically during the pandemic. Anti-vaccine activists “were prepared for a pandemic to happen”, and they were prepared to exploit it, Barry said.

Verifying anti-vax accounts and elevating their messages on social networks further entrenches anti-vaccine ideology in our culture, Barry said. “Anything that further legitimizes them, the extent of their influence gets even worse, and people don’t even realize that the origin of it is anti-vax.”