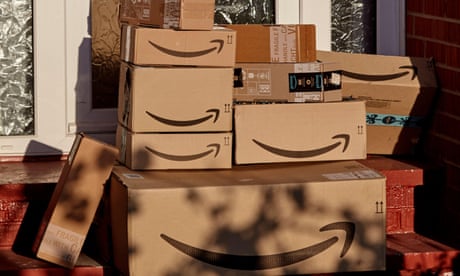 We are having a bizarre problem with Amazon that has resulted in countless boxes of the same Ninja cookbook being delivered to my brother-in-law.

He lives in a supportive care establishment and, shortly after moving in, started receiving the boxes over several days, none of which he had ordered.

When I checked his Amazon account, there was no sign of these deliveries, but it soon emerged that payment had been taken from his debit card.

Their total cost has now exceeded £3,500. This, understandably, has forced my brother-in-law into the red, and he has had to borrow from the family to buy food.

Amazon has failed to offer any explanation as to how, or why, this is happening. It has now refunded some of the early charges to his card.

Can you get to the bottom of what’s happening and ask Amazon to refund the rest of the money owed – more than £2,000.

This is another strange case from the nation’s “favourite” online shopping site.

In 2018 we featured the case of Tiffany Crow who was being deluged by Amazon parcels, none of which she had ordered, either.

At the time, Amazon failed to offer an explanation. And, as in your case, it has similarly remained rather tight-lipped.

It appears your brother-in-law’s Amazon account has been hacked, most likely after he had made a purchase at his new address.

However, quite why the perpetrator was ordering boxes of the same book, delivered to his address, is less clear. It fact, it is baffling. Was it an attempt to artificially bump up sales? Who knows?

Amazon might not have offered an explanation but it has secured the account from any future deliveries, and refunded your brother in full. It has also apologised.

This leaves your brother-in-law with the dilemma of what to do with several box loads of the same cookbook which Amazon has told you it does not want back. I’m sure they will do well on eBay.

Alternatively, you could supply most of the charity shops in the area with a few copies each.

Anyone need a Ninja cookbook?

We welcome letters but cannot answer individually. Email us at [email protected] or write to Consumer Champions, Money, the Guardian, 90 York Way, London N1 9GU. Please include a daytime phone number. Submission and publication of all letters is subject to our terms and conditions