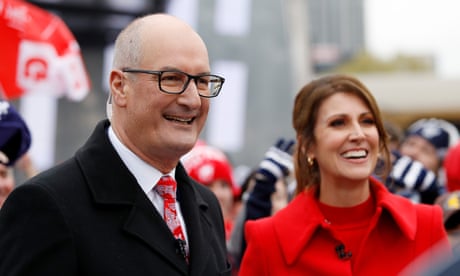 A report revealing the lack of diversity among presenters of Australia’s TV news and current affairs programs has been criticised as lacking balance.

But non-profit group Media Diversity Australia defended the findings of its report – Who Gets to Tell Australian Stories? 2.0 – and said the criticisms made were “disappointing” and “flimsy.”

The report found that journalists with Anglo-Celtic background were still “vastly over-represented” on TV, and that their representation had actually increased, from 75.8% in 2020 to 78% in 2022.

The report also found that while Australia’s non-European population was 24.7%, they only accounted for 6.1% of appearances on news and current affairs programs.

But the report has also attracted criticism, most notably from the ABC, whose acting head of indigenous, diversity and inclusion, Gavin Fang, wrote an extensive response.

Fang questioned the methodology behind the report, which took a two-week slice of news and current affairs programming on free-to-air TV between 1 and 14 June this year.

The list included programs like Ten’s The Project and Studio 10, ABC’s Insiders and The Drum, 60 minutes on Nine and Sunrise on Seven.

In his response, Fang said that was not a large enough sample size to make an accurate reading of the media landscape in Australia.

Fang wasn’t alone, with a statement from Channel Seven pointing to some of their efforts to recruit “professionals from diverse backgrounds across all areas of the business”.

“We hope to work constructively on the next report to ensure that the methodology is more robust and the analysis accurately assesses a representative data set,” the network’s said in a statement.

But to lead academic Associate Prof Dimitria Groutsis, the methodology was “defensible.”

“Methodologically is it’s robust and rigorous. On balance, the outcomes are robust and valid. So from that perspective, that methodological sliver is as close and valid to an outcome as possible.”

“We use the same methodology that we used last time to benchmark the findings. There were criticisms around the methodology last time, probably because the newsrooms didn’t see or hear what they would like to see in here,” she said.

When asked about the criticism of the two week slice itself, Groutsis had a straightforward answer.

“Why not? You should have consistent representation throughout the year.”

“We were also criticised for not going beyond TV media, and the truth is we need more money to do that. We don’t have unlimited resources. So if someone is happy to fund it, bring it on.”

“I think they are very flimsy criticisms, primarily because we we use the same methodology as last time.”

Groutsis was referring to the first Who Gets to Tell Australian Stories? report, released in 2020, which showed very similar results.

There were some improvements between the reports, including a marginal increase in indigenous representation, from 1.2% in 2020 to 5.4% in 2022, although that is still centred on single gains of on air talent such as the ABC’s Tony Armstrong and Nine’s Brooke Boney.

The report also looked at leadership positions, and found that while gender balance had improved, cultural diversity had actually decreased. SBS was the only network with people from Indigenous, Anglo-Celtic, European and non-European backgrounds.

The report found senior TV news leaders at the ABC and Nine were exclusively Anglo-Celtic.

MDA chief executive Mariam Veiszadeh said that the reports findings were not surprising, whilst acknowledging some of the progress made.

“I think those are in the industry who’ve been following diversity inclusion across all sectors, and specifically across media, would not be surprised. Australian media has always lagged behind in terms of diversity and inclusion efforts, when compared to on the other industries.”

“And while we highlight some of the pockets of progress, overwhelmingly the case for change is still there.”

Veiszadeh noted that in the intervening two years between reports, a number of media companies have taken steps towards rectifying the problem, including introducing “diversity, equity and inclusion” roles.

But she said the responses to the report were “disappointing,” particularly the focus on the scope of the report.

“We understand where they’re coming from. I think the responses are disappointing though, because this study is replicating what was done previously. Academics from reputable universities being dismissed or questioned in this way speaks to the broader issue.”

“All of the criticisms that they’ve put forward, is about funding, expanding the remit of the research requires funding, we are a small not for profit, and we would love to do more.”