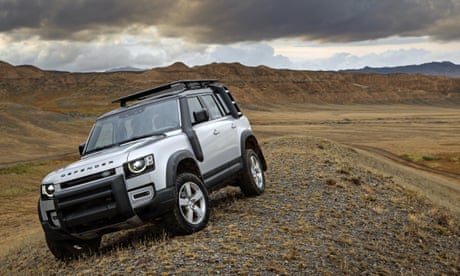 Jaguar Land Rover is cutting production at its UK factories until the spring in a sign of its continued struggle to source semiconductors amid the global shortage.

The carmaker, whose chief executive, Thierry Bolloré, last week announced his resignation, has decided to cut production at factories in Solihull and Halewood between January and the end of March as it tries to prioritise its most profitable models, said industry sources.

JLR and other carmakers have been plagued by shortages of semiconductors since early 2021. Many carmakers cut their orders for the computer chips at the start of the coronavirus pandemic, only to find themselves at the back of the queue when demand roared back.

UK car production in October was only just over half the pre-pandemic level of 2019, according to data published on Friday by the Society of Motor Manufacturers and Traders, a lobby group.

JLR, the UK’s biggest carmaker, this November reported a record order book of more than 205,000 cars, but the chip shortage has complicated its efforts to ramp up production of new versions of its Range Rover and Range Rover Sport, which are both made in Solihull, and its Defender, which is made in Slovakia.

The Solihull factory, in the West Midlands, will move from two shifts to one in the parts of the factory that produce the lower-price Range Rover Velar and the Jaguar F-Pace, while adding an extra shift to produce Range Rover body panels. The Halewood plant, in Merseyside, will also drop to one shift. The factory produces the Discovery Sport and the smaller Range Rover Evoque.

The further disruption comes as JLR’s Indian owner, Tata, searches for a new chief executive for the business, following the surprise announcement of the resignation of Bolloré for “personal reasons”. The departure has raised questions over JLR’s future strategy, and particularly its approach to electrifying its product line-up – although the company insists the strategy will remain unchanged.

In the shorter term carmakers are also likely to face lower demand as the UK goes through an expected long recession and falling living standards.

JLR has been lossmaking for the past 18 months, but at the company’s presentation of the most recent financial results this November Bolloré said he believed that semiconductor supply would improve in the coming months.

He said: “We expect to continue to improve our performance in the second half of the year, as new agreements with semiconductor partners take effect, enabling us to build and deliver more vehicles to our clients.”

JLR has not yet planned for reduced shifts after the end of March, and it has been working to secure its longer-term supply of semiconductors. Last month it announced a deal with Wolfspeed, in the US, to supply silicon carbide semiconductors.

A spokeswoman for JLR said: “We continue to actively manage the operational patterns of our manufacturing plants whilst the industry experiences ongoing global semi-conductor supply chain disruption.

“Demand for our vehicles remains strong. We expect our performance to continue improving in the second half of the year as new agreements with semiconductor partners take effect, enabling us to build and deliver more vehicles to our clients.”