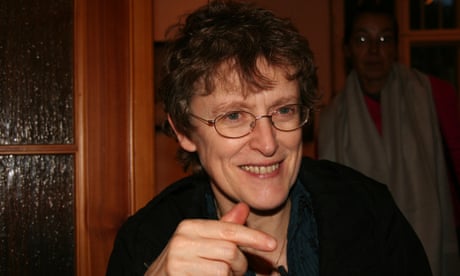 My mother, Cornelia Schroeder, who has died aged 73, was a virologist specialising in influenza and also the editor of her mother’s memoir.

Cornelia spent the early years of her career in her native East Germany, but after its collapse, she went to work at the National Institute for Medical Research in Mill Hill, London. From 1990 to 1993, she was Wellcome research fellow at the institute’s division of virology, working on isolation of the influenza virus protein. There, she met an international crowd of like-minded people with whom she remained friends and went hiking in west Wales every year - long after she went back to Berlin in 1993, returning to the Charité Institute for Virology to take up a post as associate professor.

From 2002, she was based at the Max-Planck-Institute in Dresden, as senior virologist, and after her official retirement in 2016 she stayed on there to complete her experiments and oversee PhD students until 2018.

Cornelia, known as “Corky”, was born in occupied Berlin to the American writer Edith Anderson (nee Handelsman) and her husband, Max Schroeder, a left-wing intellectual and publisher who had only returned to Germany two years previously from his exile in New York. She grew up in the relatively leafy suburb of Grünau, among other families of communist, often Jewish, emigrants, and went to the Heinrich-Hertz Schule in Berlin-Friedrichshain, a selective secondary school and sixth form for students excelling at maths and science.

At the Humboldt university in East Berlin, where she completed her studies – in chemistry in 1970 and biochemistry in 1972 – she met Rainer Wetzel, a PhD student. I was born in 1974 and they separated in 1976.

Cornelia stayed on at the Humboldt university and completed her PhD on bacteriophage-virus host cell interactions, in 1980, at the affiliated Institute for Biochemistry and the Charité Institute for Virology. At the same time, she worked as a junior research scientist, first focusing on bacteriophages and later on the herpes simplex virus. From 1984, she increasingly became involved in influenza research.

Yet it was her family history that motivated (what she considered) her greatest achievement. Her mother had died in 1999, having just published her memoir, Love in Exile, in the US. The book was an angry, unembellished account of how a working-class, nonconformist Jewish woman from the Bronx experienced the postwar period among the overwhelmingly male East German cultural elite.

Corky made it her mission to have her mother’s work released in Germany and translated the book with the author Christa Tragelehn. An endorsement from Doris Lessing helped and following the hardback release (Liebe im Exil) in 2007, Bertelsmann picked up the paperback rights.

Corky is survived by me and by two grandchildren, Benjamin and Isla.