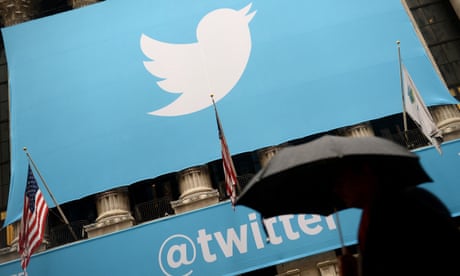 Elon Musk’s reaction on Friday to the latest wave of chaos to hit Twitter was to tweet a picture of the company’s logo superimposed over a gravestone. Former Twitter staff are wondering if the problems at the company are indeed existential.

Since the Tesla chief executive took over last month, the company has been hit by mass job cuts, an advertiser boycott, warnings of bankruptcy and now a mass resignation among its remaining staff.

No wonder the topics trending on Twitter this morning included #RIPTwitter and #TwitterMigration as the turmoil worsened.

Here we answer some questions about the scale of the crisis.

Musk fired approximately half of the 7,500-strong workforce in the first week of November, within days of taking over. This left about 3,750 workers. Overnight an unspecified number of those employees left after Musk set them a 5pm ET deadline on Thursday to accept “long hours at high intensity” and being “extremely hardcore” or else leave with three months’ severance pay. According to one report, 75% chose severance, which would leave less than 1,000 employees at Twitter.

The departures have affected a range of departments, including the press team, which means queries about the scale of cuts and impact on the platform are now going unanswered. Instead, former employees are filling the gap.

Evidence on social media pointed to a number of engineers leaving in the wake of Musk’s ultimatum, despite Twitter’s new owner stressing that the new-look company would be “much more engineering-driven” under his ownership and that “those writing great code will constitute the majority of our team”.

There are now concerns that the site will be vulnerable to technical failures and bugs, amid signs that the complex system underpinning Twitter is already creaking. Two-factor authentication has already been affected and there have been issues with retweeting.

Steven Murdoch, a professor of security engineering at University College London, said the platform might struggle to handle “complex failures”, carry out manual maintenance or tackle security threats. Simply replacing departed engineers will be difficult. “Twitter could try to hire new staff or retask existing staff, but getting up to speed about how the relevant systems work can take months, even with a smooth handover process. Every large website has developed their own unique system and anyone coming from outside will have a steep learning curve.”

Even before Musk arrived, there had been signs of problems. Twitter’s former head of security, Peiter Zatko, has warned information security standards were poor. He feared Twitter could suffer an “Equifax-level” hack, referring to the 2017 attack on a credit reporting company that exposed the data of 147 million people in the US.

Musk warned this month the company could go bust, saying without a rise in subscription revenue it might not survive the forthcoming recession. Advertising accounts for 90% of Twitter’s $5.1bn (£4.3bn) in annual revenue but that revenue source has been hit hard by a pause in spending by major clients including General Motors and the company behind the cereal brands Cheerios and Lucky Charms. Musk confirmed that there had been a “massive drop” in ad revenue in the wake of the takeover.

The financial problems – Twitter has made a loss for 10 of the past 12 years – have been compounded by a muddled relaunch of the subscription service, Twitter Blue, which has been paused after impersonators jumped on the offer to be “verified” by simply paying $7.99 a month.

What if advertisers don’t come back?

That would be very serious for Twitter. The company has added nearly $13bn of debt to its balance sheet following the takeover and it carries interest costs of about $1bn a year. One measure of a company’s ability to pay those costs is its cashflow. According to Twitter’s last set of quarterly results as a listed company, Twitter generated negative free cashflow (spending more cash to run the business than it takes in) of nearly $124m.

Farhad Divecha, managing director of UK digital marketing agency Accuracast, said fears over “brand safety” on Twitter were already a concern among advertisers. Now they will be worried about the quality of service they will be getting from Twitter staff, he added.

“Staff disfranchisement is obviously looking like a problem. And even if Elon didn’t want to negatively impact ad services, as the agency handling advertisers budgets, we are concerned about the quality of service we get from Twitter ad support and the account managers at Twitter who service our agency account and our clients’ accounts,” he said.