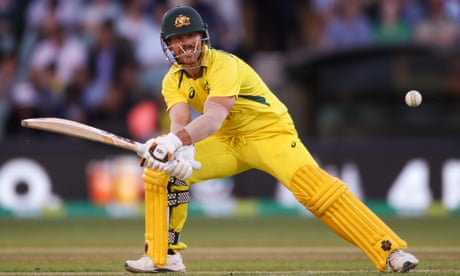 David Warner is free to attempt to have his leadership ban overturned after the Cricket Australia (CA) board’s recommendations in a review of its code of conduct were rubber stamped on Monday.

The framework is now in place for the former Test vice-captain’s lifetime leadership ban – issued to him for his part in the ball-tampering scandal of 2018 – to be overturned if he can prove he is a reformed character.

For him to again qualify for leadership positions, the 36-year-old can now apply to be heard by a three-person independent commission, which will determine whether he has demonstrated genuine remorse and is capable of reform.

The panel will consider whether “exceptional circumstances” exist to justify modifying his sandpaper scandal sanction. CA stressed that the hearing of any application is not an appeal, nor a review of the original sanction imposed.

If successful, Warner will move into contention for a leadership role at his Big Bash League team, Sydney Thunder, this summer.

The opening bat could also be considered as a stand-in captain for Australia’s one-day international side, skippered by Test captain Pat Cummins, and potentially for the T20 team in the near future, with current captain Aaron Finch considering his future.

CA said on Monday that the circumstances and considerations for any modification of long-term sanctions will include “whether the subject of the sanction has demonstrated genuine remorse; the subject’s conduct and behaviour since the imposition of the sanction; whether rehabilitation programs have been completed … and the length of time that has passed since the sanction was imposed and whether sufficient time has passed to allow for reform or rehabilitation”.

Warner has made clear his desire to return to a leadership role and his push has the backing of the players’ union, as well as several teammates including Cummins and Finch.