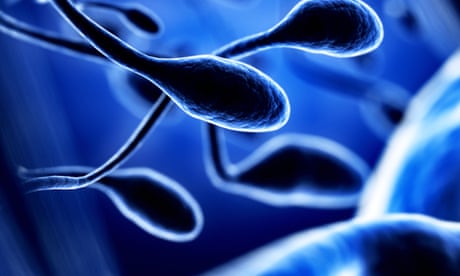 The rate at which human sperm counts are decreasing has more than doubled since the turn of the century, and the mean level has dropped below a threshold that makes conception significantly more difficult.

These findings are part of a new peer-reviewed study published today in the Human Reproduction Update journal that includes data from 53 countries and is the first meta-analysis to check levels in Central America, South America and Asia.

It finds an overall decline in worldwide human sperm counts of over 50% since 1946, and chemical pollution exposure and lifestyle choices are probably behind the drop, researchers say. The findings represent a “canary in the coalmine” that has serious implications not just for reproductive ability, but also for men’s health, said Hagai Levine, a Hebrew University of Jerusalem researcher and one of the study’s co-authors.

“We have a serious problem on our hands that, if not mitigated, could threaten mankind’s survival,” Levine added.

The team behind the study includes international researchers led by scientists from the Icahn School of Medicine at Mount Sinai who authored a 2017 study that highlighted a significant drop in sperm levels in men in North America, the European Union and Australia.

“When sperm counts get that low and a couple wants to conceive, they may have to turn to assisted reproduction, and the number of couples seeking that is increasing at about the same rate that sperm count has been decreasing,” she added.

Sperm count levels dropped by about 1% a year until 2000, then accelerated to a pace of 2.6%, the study finds.

Lower sperm counts are “predictors of lifetime health” and of chronic disease in men, Swan said. Among correlated problems are testicular cancer, decreased lifespan, cardiovascular disease and diabetes. The issue may also be linked to erectile dysfunction and a decrease in women’s sexual satisfaction, Swan added.

Though the study did not examine the causes of the decrease, the authors say other research largely links it to several issues – lifestyle choices, exposure to endocrine-disrupting substances and environmental stress.

Recent research has linked PFAS, phthalates and pesticides to decreased sperm counts, and the most damaging and irreversible exposure occurs during prenatal development. Males who are exposed to these substances prenatally are more likely to be born with smaller genitals, which is a marker of low sperm count, Swan said. Other environmental issues like noise and heat can also affect sperm count, as do binge drinking, smoking, stress and obesity, Swan said.

On a policy level, governments must take swift action to reduce the amount of chemical pollution to which humans are exposed, the authors said. On a personal level, men should get their sperm count checked as they do blood pressure and cholesterol levels, Swan added.

Parents should not smoke or drink, especially when they are trying to conceive. Pregnant mothers should also eat organic foods to avoid pesticides; use less plastic in the kitchen and avoid fragrances to reduce major phthalate exposures; and reduce the amount of dust in the home, because dust can carry toxic chemicals.

Declining human sperm counts also creates a social justice issue, and lower-income people “are getting hit on all sides”, Swan said. They are generally less able to take steps to protect themselves, such as buying organic food and other products that contain fewer harmful chemicals. They are also often unable to afford to freeze their sperm or eggs, and often do not have access to adequate healthcare.

Though some have claimed that the drop in human birthrate is due to urbanization, women’s rights, education and other societal advancements, it is occurring at the same rate as the reduction in human sperm counts – and some non-human species are also experiencing similar declines, Swan said.

“People have a right not to be guinea pigs for chemicals that have not been tested, and they have a right to a fair shot at having a healthy pregnancy,” Swan said. “This clearly cannot continue unchecked.”