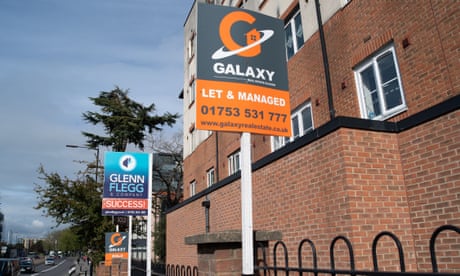 Demand for rental homes across the UK has jumped by nearly a quarter in a year, research has found, piling more pressure on an oversubscribed market and pushing record private rents even higher.

The number of people enquiring about homes to rent is up 23% on this time last year, according to the property website Rightmove, driven in part by some would-be buyers putting their plans on hold in the hope that mortgage rates will drop in the new year.

That has in turn fed an increase in how much landlords charge, with separate research from the London estate agent Foxtons reporting rents in the capital in the first nine months of this year had risen 22% year-on-year, with the average rent now at a record £571 a week.

However, the cost and availability of mortgages has begun to settle following a turbulent two months after the Liz Truss government’s mini-budget spread mayhem in the market, with indications rates could drop further next year.

The average two-year fix has fallen from a peak of 6.65% in late October to 6.12% now. Meanwhile the average five-year fixed rate this week dropped below 6% for the first time since the mini-budget, according to Moneyfacts, and is now 5.92%.

Rightmove warned that mortgage rates would stabilise at a higher level than buyers have been used to in recent years. The Bank of England is forecast to raise its base rate to 4.25% by next spring, although that is lower than once feared.

First-time buyers have been hardest hit by the jump in mortgage rates, especially those who were already financially stretched.

Christian Balshen, a property expert at Rightmove, said: “It’s extremely frustrating for so many people in the rental market, with demand so high. The number of aspiring first-time buyers who have now had to turn to the rental market is exacerbating the situation further. We’re seeing some more properties coming to market, but nowhere enough to meet demand.”

Amardeep Lall, head of lettings at Manning Stainton, an estate agency in Leeds and West Yorkshire, said: “Since the pandemic began, the number of tenants looking for a property has far outweighed the number of rental homes available. This means that it has become very competitive between tenants to secure a viewing and a property, because there are only so many viewings we are able to book in.”

Until the pandemic, rents tracked earnings closely, with rental growth since 2005 averaging 2.5% a year and earnings rising by 2.4%. According to research published by Rightmove last month, advertised rents have jumped even more than in the capital in some other cities and towns including Newbury, Manchester, Cardiff, Edinburgh and Birmingham.

“The impact of the post-Covid return to the city has been acute,” Foxtons said. “While history suggests that the rental market will correct to earnings, the underlying supply/demand balance could be squeezed by an influx of overseas students and corporates who aren’t reliant on personal earnings.”