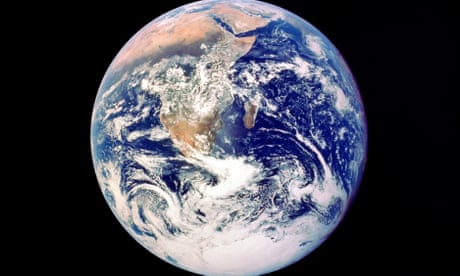 Experts have voted for an expansion of the universe – or at least the official terminology that can be drawn upon to describe the vanishingly small and the preposterously large.

In a vote at the General Conference on Weights and Measures in Versailles on Friday, the International System of Units (SI) embraced four new prefixes with immediate effect, marking the first such changes in more than 30 years.

The arrival of the new prefixes means the Earth can now be said to weigh six ronnagrams, and Jupiter about two quettagrams. An electron weighs about a rontogram, and a single bit of data stored on a mobile phone adds about 10 quectograms to its mass.

In the unanimous vote, ronna, quetta, ronto and quecto triumphed over some rather less scientific proposals including bronto and hella, which had been gaining ground, if only among computer scientists.

Speaking from the meeting, Dr Richard Brown, the head of metrology at the National Physical Laboratory in Teddington, London, said: “The main reason to go to the high end is because data science is requiring these really big quantities of data to be described. This should future-proof us for the next 25 years.”

The chosen prefixes won the vote in part because they start with the only two letters left in the alphabet that are not already used in measurement. The b for “bronto” is already used for bytes and h for “hella” is used for hecto, the prefix for 100. “The point of having these prefixes and units is to ensure clear communication across disciplines,’” said Brown. “You need nomenclature that’s official and agreed on by everyone.”