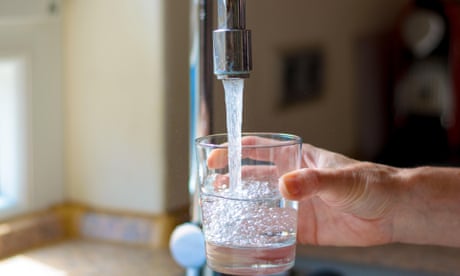 A recommendation to drink eight glasses of water a day is likely to be excessive for most people, according to scientists.

The suggestion has become accepted wisdom and often appears in health guidance. The latest work, however, the most rigorous study to date on water turnover, reveals that people have a wide range of water intakes. Many people only require about 1.5 to 1.8 litres a day, lower than the two litres typically recommended, the research suggests.

“The current recommendation is not supported scientifically at all,” said Yosuke Yamada of the National Institute of Biomedical Innovation, Health and Nutrition in Japan, and one of the paper’s first authors. “Most of the scientists are not sure where this recommendation came from.”

One issue is that previous estimates of water requirements have tended to ignore the water content of food, which can contribute a substantial proportion of our overall intake.

“If you just eat bread and bacon and eggs you will not get much water from food, but if you eat meat, vegetables, fish, pasta and rice you can get about 50% of your water needs from food,” said Yamada.

The study, published in the journal Science, assessed the water intake of 5,604 people aged between eight days and 96 years old from 23 countries. The research involved people drinking a glass of water in which some of the hydrogen molecules were replaced by a stable isotope of the element deuterium, which is found naturally in the human body and is harmless.

The rate of elimination of the extra deuterium reveals how quickly water in the body is turned over, and the study found the measure varied widely depending on a person’s age, gender, activity levels and surrounding. Those living in hot and humid climates and at high altitudes as well as athletes and pregnant and breastfeeding women had higher turnover, meaning they need to drink more water.

Energy expenditure is the biggest factor in water turnover, with the highest values observed in men aged 20 to 35, with an average of 4.2 litres a day. This decreased with age, averaging 2.5 litres a day for men in their 90s. Women aged 20 to 40 had an average turnover of 3.3 litres, which declined to 2.5 litres by the age of 90. Athletes turn over about a litre more than non-athletes. Newborn babies turned over the largest proportion, replacing about 28% of the water in their bodies every day.

“This study shows that the common suggestion that we should all be drinking eight glasses of water – or around two litres a day - is probably too high for most people in most situations, and a ‘one-size-fits-all policy’ for water intake is not supported by this data,” said Prof John Speakman of the University of Aberdeen, a co-author.

“I think it’s a recommendation that many people just ignore and follow what their body is telling them,” he said.

Although drinking more water than your body requires is unlikely to be harmful for health, clean drinking water is not free to produce, the authors point out. “There is a cost to drinking more than we need even if it’s not a health cost,” said Speakman.

“If 40 million adults in the UK were following the guidelines and they drunk half a litre of clean water more than they need each day that’s 20m litres of wasted water every day.”