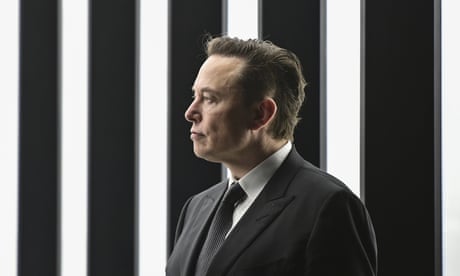 Tesla CEO Elon Musk has sold 19.5 million of his shares in the electric car company, according to filings published by the US Securities and Exchange Commission on Tuesday, in a transaction worth $3.95bn.

The move comes in the wake of his purchase of Twitter for $44bn.

Musk has sold nearly $20bn-worth of his stock in Tesla since he initially invested in the social media company in April. In August, before Twitter’s legal action eventually sealed the deal for the takeover, Musk claimed that he was done selling stock.

“In the (hopefully unlikely) event that Twitter forces this deal to close *and* some equity partners don’t come through, it is important to avoid an emergency sale of Tesla stock,” he tweeted.

Musk, who is the world’s richest man, now holds around 135 million Tesla shares.

The sale came just weeks after Tesla reported $3.3bn in profit and $21.45bn in revenue for the third quarter – falling short of Wall Street expectations – which caused a 4% drop on the day. Tesla’s value has dropped about 46% this year, but Musk’s net-worth remains just under $200bn.

Musk admitted at the time of the results that he was “obviously overpaying for Twitter right now”.

Musk had committed to financing the takeover himself, but went on to receive support in the form of $7bn from investors including Larry Ellison, founder of the Oracle software group, and the cryptocurrency platform Binance. A consortium of banks also loaned $13bn to finance the deal.

After completing the takeover, Musk fired the CEO and several top executives, before laying off up to half of the company’s workforce.

In the chaotic days since then, there have been reports that the company sought to re-hire some employees after realising their roles were needed to keep the site running, or to implement some of Musk’s proposed changes to the platform.

Musk had initially planned to charge $20 a month for applying a blue tick to user accounts, in a shake-up of the verification system. Now the charge has been dropped to $8 a month, with select verified accounts set to have “official” noted on their profiles.

The company delayed the rollout of the change to verification until after the US midterm elections.