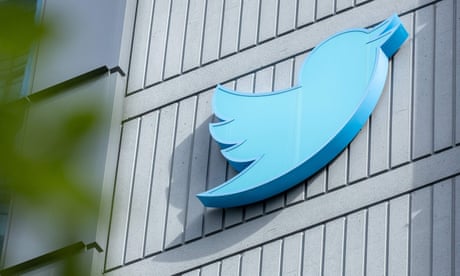 Elon Musk emailed Twitter staff on Friday asking that any employees who write software code report to the 10th floor of the office in San Francisco in the early afternoon, according to multiple news reports.

The billionaire said in a follow-up email, “If possible, I would appreciate it if you could fly to SF to be present in person,” adding he would be at the company’s headquarters until midnight and would return Saturday morning, Reuters reported. The engineers should report at 2pm on Friday.

Musk’s emails came a day after reports indicated between 1,000 and 1,200 Twitter employees decided to quit the beleaguered social media company following a Thursday deadline from Musk that staffers sign up for “long hours at high intensity”, or leave. The New York Times also reported on the email and employee decisions.

In true Twitter fashion, dozens of employees tweeted their resignations with a version of the internal company slogan #lovewhereyouworked. “I may be #exceptional, but gosh darn it, I’m just not #hardcore,” tweeted Andrea Horst, who worked on supply chain and capacity management at Twitter.

The company had told employees it would close its offices and cut badge access until Monday, Reuters reported, citing two unnamed sources, and it was not immediately known whether the headquarters had reopened.

Musk ordered employees to email him a summary of what their software code had “achieved” in the past six months, “along with up to 10 screenshots of the most salient lines of code”.

“There will be short, technical interviews that allow me to better understand the Twitter tech stack,” Musk wrote in one of the emails.

Musk said this week that some Tesla engineers were assisting in evaluating Twitter’s engineering teams, but he said it was on a “voluntary basis” and “after hours”.

The loss of employees in critical engineering roles comes just days before the World Cup, when the service typically expects a surge in traffic. The high-traffic event could be an important test for the new Twitter 2.0, as Musk referred to it, and how the company expects to run with a pared-down workforce.

Musk said he would try to speak with remote employees by video, and that only people who could not physically get to the company’s headquarters or had a family emergency would be excused.

In his first email to Twitter employees this month, Musk said: “We are also changing Twitter policy such that remote work is no longer allowed, unless you have a specific exception.

“Managers will send the exceptions lists to me for review and approval.”

The remote work policy prompted a proposed class action lawsuit filed by Dmitry Borodaenko, a Twitter employee who said he was fired for not reporting to the office. Borodaenko, who has a disability that makes him vulnerable to Covid-19, alleges the remote-work policy as well as the requirement to work long, intense hours violate the Americans with Disabilities Act, according to the complaint.

Musk’s first three weeks as Twitter’s owner have been marked by rapid change and chaos. He quickly fired Twitter’s previous CEO and other senior leaders and then laid off half its staff earlier this month.

Posting his poll on whether to reinstate Trump to the platform, Musk tweeted “Vox Populi, Vox Dei”, using a Latin phrase that roughly means “the voice of the people is the voice of God”. The poll was open for 24 hours.

Musk said in May he would reverse Twitter’s ban on Trump, whose account was suspended after last year’s attack on the US Capitol.

Musk said earlier on Friday that a decision to bring back Trump’s account was yet to be made, and that Twitter had reinstated some accounts that had been banned or suspended, including satirical website Babylon Bee – and the comedian Kathy Griffin who was suspended after changing her name on Twitter to Elon Musk.

Musk’s decision to ask Twitter users for guidance on who should be on the platform is part of a huge restructuring of the company, including the massive layoffs.

Yoel Roth, the former head of trust and safety who was tapped to assuage concerns advertisers had with the platform, said in a New York Times op-ed that he had chosen to resign last week because it was clear Musk would be unilaterally calling the shots. “A Twitter whose policies are defined by unilateral edict has little need for a trust and safety function dedicated to its principled development,” Roth wrote.

Musk wrote on Twitter late on Thursday that he was not worried about resignations as “the best people are staying”.

“So where will Twitter go from here?” Roth wrote. “Some of the company’s decisions in the weeks and months to come, like the near certainty of allowing Donald Trump’s account back on the service, will have an immediate, perceptible impact. But to truly understand the shape of Twitter going forward, I’d encourage looking not just at the choices the company makes but at how Mr Musk makes them.”