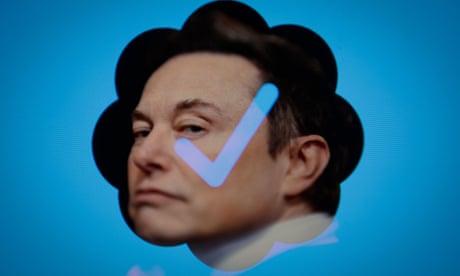 Elon Musk has said Twitter verification will return next week with colour-coded categories for individuals, government accounts and companies.

Twitter’s new owner said the platform would launch a new verification service next Friday, having pulled an earlier attempt at a revamp this month after it triggered a flood of impostor accounts.

Musk said verified accounts would carry a blue tick – or checkmark – for individuals, a grey tick for “government” and a gold tick for companies. The Tesla chief executive did not specify whether the government tick would apply also to state departments or state-owned entities.

He added that all verified accounts would be “manually authenticated” before receiving their tick. Currently, more than 400,000 Twitter accounts have blue ticks, which marks them as an authentic source.

Musk did not clarify whether the new verification service would be part of Twitter’s premium service, Twitter Blue, which had charged $7.99 for a blue tick when it relaunched this month, triggering a wave of account impersonations as users took up the opportunity to impersonate companies such as Eli Lilly and Tesla for less than $10. The revamp was pulled soon afterwards.

The verification change was announced as Musk paved the way for the return of banned accounts to the platform next week. He announced on Thursday that a “general amnesty” would be offered to suspended accounts provided they had not broken the law or “engaged in egregious spam”. Banned accounts on Twitter had included the British rightwing commentator Katie Hopkins and Steve Bannon, Donald Trump’s former adviser.