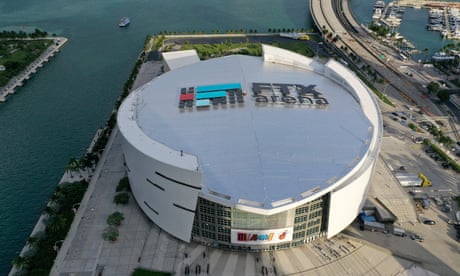 Bankrupt cryptocurrency exchange FTX was run as the “personal fiefdom” of founder Sam Bankman-Fried with one of the company’s units spending $300m on real estate in the Bahamas for the use of its executives, a court heard on Tuesday.

The hearing in Delaware’s bankruptcy court is the first since FTX declared bankruptcy earlier this month.

A “substantial amount” of FTX Group’s assets “have either been stolen or are missing,” said James Bromley, co-head of the restructuring practice at law firm Sullivan & Cromwell, to the court.

News of the Bahama property spree follows a report from Reuters that Bankman-Fried’s FTX, his parents and senior executives of the cryptocurrency exchange bought at least 19 properties worth nearly $121m in the Bahamas over the past two years, according to official property records.

Bromley told the court Congress had requested – “some would say demanded” – that FTX’s new chief executive John Ray III appears before them in December.

The failed cryptocurrency platform’s 50 biggest customers are owed nearly $3.1bn after its sudden collapse, according to court documents, and its failure has shaken the entire cryptocurrency market.

Ray, who has overseen some of the biggest bankruptcies ever, including the collapse of the energy giant Enron, has described FTX’s failure as “unprecedented.”

“Never in my career have I seen such a complete failure of corporate controls and such a complete absence of trustworthy financial information as occurred here,” he said in court documents filed last week.

A lawsuit has been filed against Bankman-Fried, the company and the celebrities, including Larry David, Naomi Osaka, Gisele Bündchen and Tom Brady, who promoted it. Prosecutors and regulators have also begun investigations into the company.