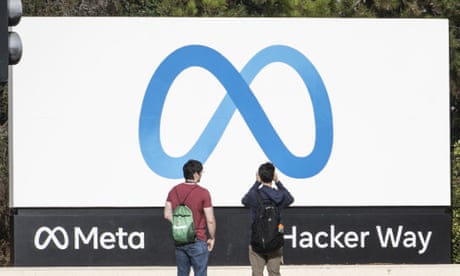 Facebook’s parent company, Meta, is reportedly preparing to cut thousands of jobs after $80bn (£69bn) was wiped off its market value last month amid the global economic downturn.

On Sunday the Wall Street Journal reported that the cuts, to be announced on Wednesday, were expected to affect thousands of Meta’s 87,000 employees globally.

Meta declined to confirm the report but a spokesperson pointed to comments made by the Meta chief executive, Mark Zuckerberg, late last month.

“In 2023, we’re going to focus our investments on a small number of high-priority growth areas,” he said. “So that means some teams will grow meaningfully, but most other teams will stay flat or shrink over the next year.

“In aggregate, we expect to end 2023 as either roughly the same size, or even a slightly smaller organization than we are today.”

Meta was last month valued at $270bn down from over $1tn a year earlier.

Zuckerberg said the company’s focus would be on the artificial intelligence powering recommendations for Instagram Reels, advertising and its metaverse exploration.

The company reported that its metaverse division, Reality Labs, made a $3.7bn loss over the past three months and said these losses would “grow significantly year over year” in 2023.

But Zuckerberg said he was convinced the “experimental bets” the company was making would pay off. “Over time, these are going to end up being very important investments for the future of our business,” he said.

“This is some of the most historic work we’re doing. People are going to look back on [this] decades from now and talk about the importance of the work that was done here.”

Meta’s shareholder Altimeter Capital Management had previously said in an open letter to Zuckerberg that the company needed to streamline by cutting jobs and capital expenditure. It said Meta had lost investor confidence as it ramped up spending and pivoted to the metaverse.

Amid a tightening ad market, Meta has also said it expects to lose $10bn in ad revenue in 2022 as a result of privacy changes by Apple which allow its users to opt out of the company being able to track users across apps.

The potential job cuts come just days after Twitter slashed nearly half of its workforce following the takeover of the company by the billionaire Elon Musk.

Reuters contributed to this report