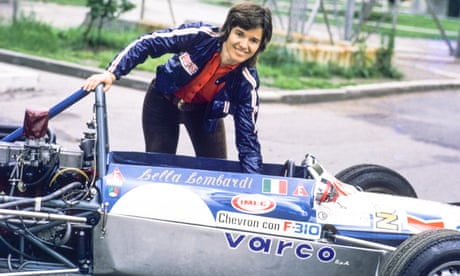 Formula One has officially announced the formation of a new all-women series which will begin in 2023. The F1 Academy will be run and financially backed by the sport’s owners Formula One Management with the intent of helping more young women progress in motor racing and ultimately into F1.

The new championship will consist of five teams, each with three drivers run by existing competitors in the F1 feeder series, F3 and F2. The season will be held across seven meetings, with three races at each event. The calendar has yet to be confirmed but is expected to include one F1 weekend.

“Everyone should have the opportunity to follow their dreams and achieve their potential and Formula One wants to ensure we are doing everything we can to create greater diversity and routes into this incredible sport,” said F1’s CEO Stefano Domenicali.

F1 has not had a female driver compete in a grand prix since Lella Lombardi raced in Austria in 1976. The lack of funding available to back young women entering motor sport has been a real hurdle in the past and F1 is looking to go someway to overcome this. It will subsidise each car with a budget of €150,000 (£130,000) and the drivers will have to match that total with their own backing. The teams, who have yet to be named, will cover any remaining costs.

The series will use a Tatuus T421 chassis with a turbo-charged engine, delivering 165 horsepower, a combination equivalent to those used in F4 championships across Europe.

F1’s intent is to offer more young women access to track time and racing to help them develop their skills with professional teams who are used to nurturing talent as part of the racing ladder toward F1. The hope is this will provide the route into F3 being made more accessible.

“Our goal is to see female drivers on the F3 grid in the next two to three years, and for them to quickly challenge for points and podiums,” said Bruno Michel, the F1 Academy general manager. “We hope that this category will inspire more young girls to compete in motorsport at the highest of levels.”

The future of the existing female drivers only W Series remains in doubt. The series cancelled the last three races of this season due to a financial shortfall and has yet to make an announcement on its plans for next year. The W Series has run as a support race at F1 meetings this year and F1 has said it believes the new championship can run in parallel to it.

“The W Series continues to provide a great platform for drivers and the F1 Academy is intended to add an extra route for the next generation of young female drivers,” its statement read.

The W Series has yet to comment on its future given the announcement of the F1 academy.