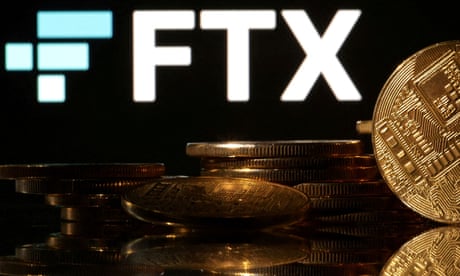 The founder of the failed crypto exchange FTX has written to its former employees apologising for his role in its collapse and continuing to insist its downfall can be solely explained by a misplaced $8bn (£6.7bn).

In the letter, first published by the industry news site CoinDesk, Sam Bankman-Fried wrote: “I deeply regret my oversight failure. In retrospect, I wish that we had done many many things differently … I’m going to do what I can to make it up to you guys – and to the customers – even if that takes the rest of my life.”

Despite the mea culpa, however, Bankman-Fried said that the company was salvageable, and that if he had not been pressed into filing for bankruptcy in mid-November he could have saved it.

“We likely could have raised significant funding,” he wrote. “Potential interest in billions of dollars of funding came in roughly eight minutes after I signed the chapter 11 docs. Between those funds, the billions of dollars of collateral the company still held, and the interest we’d received from other parties, I think that we probably could have returned large value to customers and saved the business.

“An extreme amount of coordinated pressure came, out of desperation, to file for bankruptcy for all of FTX – even entities that were solvent – and despite other jurisdictions’ claims … I reluctantly gave in to that pressure, even though I should have known better; I wish I had listened to those of you who saw and still see value in the platform, which was and is my belief as well.”

In the letter, Bankman-Fried reiterated claims that FTX was a fundamentally healthy business, presenting a narrative of its downfall that showed it with assets of $60bn, against only $2bn of liabilities, as recently as this spring.

Since then, he says, two crashes in crypto markets led to its assets dropping in value, even as more customers fled to the platform. In November, its assets had fallen down to $17bn, before “a run on the bank” resulted in $8bn of withdrawals in a few days.

The coup-de-grace, he said, was discovering a further $8bn of liabilities “because of old fiat deposits before FTX had bank accounts”. Those debts, Bankman-Fried had previously explained in texts to Vox journalist Kelsey Piper, had been forgotten about for years. They existed because the company used to ask users to wire funds to the bank account of Alameda Research, where deep-rooted mismanagement resulted in billions of dollars of cash being waylaid.

Bankman-Fried didn’t directly address the involvement of Alameda in his note to employees, glossing over the source of the confusion, and also not mentioning the inciting incident of the November bank run: the discovery that Alameda’s solvency rested on billions of dollars worth of a token, FTT, that FTX printed itself, and which had no deeper value beyond the promise of FTX to effectively pay dividends to holders.

“I never intended this to happen,” Bankman-Fried wrote. “I did not realise the full extent of the margin position, nor did I realise the magnitude of the risk posed by a hyper-correlated crash.”

However, the exculpatory tale presented by the former CEO – who was replaced in mid-November by John J Ray III, the bankruptcy specialist who oversaw the winding up of Enron 20 years ago and has said FTX is the worst case he has seen – has been criticised by observers.

Bankman-Fried presents the company’s finances “marking everything to market, regardless of liquidity” – assuming that the huge deposits of crypto assets that FTX holds can be sold at something approaching market prices.

For large markets such as bitcoin or ethereum, that assumption may be true. However, FTX has denominated billions of dollars of its assets in tokens, such as FTT and serum, that it controls. According to a balance sheet prepared by Bankman-Fried shortly before FTX’s bankruptcy, $2.5bn of the company’s assets were in tokens FTX had created, which had a total market cap of a fraction of that sum.

Delaware bankruptcy court heard on Tuesday how the former chief executive had run FTX as his “personal fiefdom”. Lawyers for the company told the court that 8% of the FTX group’s customers were based in the UK, representing about 80,000 unsecured creditors.

Most of those customers are believed to be corporate clients and investment professionals, using the lightly regulated FTX International exchange to make risky leveraged bets on cryptocurrency values.

After the collapse of FTX, the online bank Starling announced a seven-month suspension of all customer deposits to cryptocurrency exchanges, citing the risk to consumers. The suspension would be reviewed in June 2023, the bank said.