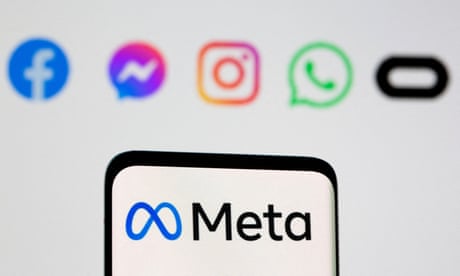 Meta’s oversight board, the quasi-independent “supreme court” of Facebook and Instagram, has forced the company to reinstate a clip of drill music originally removed from Instagram at the request of the Metropolitan police.

The clip, a short excerpt of the song Secrets Not Safe by Chinx (OS), was removed after the Met flagged the track to Meta, arguing that it could lead to “retaliatory violence” in the context of the London gang scene.

The force told Meta it contained a “veiled threat”, referencing a shooting in 2017, and as a result the company manually removed 52 posts containing the track and automated systems removed it a further 112 times.

Now, the oversight board says those removals were a mistake. The track does not break Facebook or Instagram’s rules, it argues, and basic principles of free speech, equality and transparency were breached in allowing a police operation to censor a musician in secret.

“It is therefore critical that Meta evaluates these requests independently, particularly when they relate to artistic expression from individuals in minority or marginalised groups for whom the risk of cultural bias against their content is acute.”

As part of its investigation into the removal of the track, the oversight board filed multiple freedom of information requests with the Met police, finding that the force had filed 286 requests to take down or review posts about drill music in the 12 months from June 2021, and that 255 of those had resulted in the removal of content.

Over the same period, it had not made a single request to remove any other music genre, the force said. “This intensive focus on one music genre among many that include reference to violence raises serious concerns of potential over-policing of certain communities,” the board argued.

The board also asked the Met how it ensured that free speech rights were protected, and what its specific policies were about flagging content to social networks. The force said it was unable to answer, with decisions made on a case-by-case basis.

Crucially, the Met did not allege any of the drill music that it had asked Meta to take down had broken UK law. Instead, its argument was that the music had broken Facebook and Instagram’s community standards, since it was “potentially threatening or likely to contribute to imminent violence or physical harm”. The police did not provide public evidence to back up that claim. Because the internal Meta team that works with the police comprises senior specialists, users whose content is taken down also have no ability to appeal.

The oversight board recommended that, in the future, Meta should have a public and standardised system for content removal requests from law enforcement and other state actors, including asking for evidence to back up claims that a policy has been violated, and to review its decisions in aggregate to assess for systemic biases against communities or minorities.

Although it is funded by Meta, and its co-chairs were selected by the social network, the oversight board operates largely independently, and has the power to overrule the moderation teams of Facebook and Instagram, and to force content to be reinstated to the site, as it has done in this case. It can also issue non-binding recommendations for the company’s future policies, which Meta reserves the right to refuse but has agreed to respond to even if it decides not to enact them.