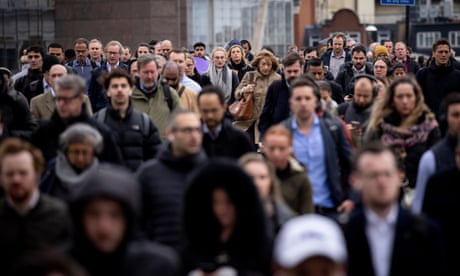 Interest rates may need to start falling again if cost of living pressures abate more quickly than the Bank of England expects, a senior policymaker at Threadneedle Street has said.

Dave Ramsden, one of the Bank’s deputy governors, said he was currently supporting fresh increases in the cost of borrowing but raised the possibility that a weakening economy may require a cut.

“Given the uncertainties we face it is important also to be humble about what we don’t know or still have to learn. I favour a watchful and responsive approach to setting policy,” Ramsden said.

“Although my bias is towards further tightening, if the economy develops differently to my expectation and persistence in inflation stops being a concern, then I would consider the case for reducing Bank rate, as appropriate.”

Ramsden’s comments came as the latest snapshot of manufacturing from the CBI predicted Britain’s factories were facing a tough winter.

The employers’ lobby group said it expected a rise in output in the three months to be short-lived since both domestic and export order books were below normal for the time of year.

Anna Leach, the CBI’s deputy chief economist, said: “The rise in manufacturing output this month appears to be at least partly driven by improvements to supply chains, with several companies reporting they were able to fulfil orders as materials and components became more readily available.

“Total order books remained much weaker than earlier in the year, however, and output is expected to fall again in the quarter ahead.”

While Ramsden signalled that he would vote for rates to increase when the MPC meets again next month, he became the latest committee member to highlight risks that an overtightening of policy could lead to a deep recession.

At the November meeting, only seven of the nine MPC members backed a 0.75 percentage point increase, with Silvana Tenreyro and Swati Dhingra voting for smaller rises.

Ramsden said: “I am not yet confident that domestically generated inflationary pressures from increased costs and firms’ pricing pressures are starting to ease. Encouragingly, survey and market-based medium-term inflation expectations have fallen back from their peak, though they remain elevated.

“Assuming that in the near term the economy evolves broadly in line with the latest MPR [monetary policy report] projections and given my assessment of the balance of risks, then I expect that further increases in Bank rate are going to be required to ensure a sustainable return of inflation to target.

“Considerable uncertainties remain around the outlook and if the outlook suggests more persistent inflationary pressures, then I will continue to vote to respond forcefully.”

Signs that the US Federal Reserve plans to slow the pace of interest rate increases next month weakened the dollar and pushed the pound to above $1.20 on Thursday, its highest level in three months.