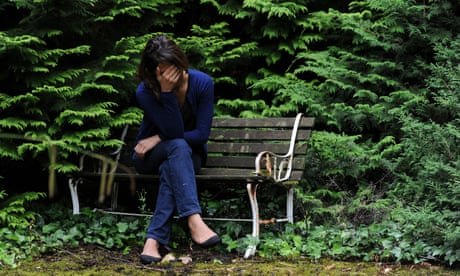 Millions of women across the UK should be invited for an NHS health check at the age of 45 to discuss the menopause and HRT prescriptions should be free, MPs have said.

The all-party parliamentary group on menopause (APPG) said on Tuesday that more needs to be done urgently to help women, including boosting support in the workplace, introducing fresh training on symptoms for health workers, and improving access to treatment.

“We are beginning to feel the tide of change but the taboo around the menopause still prevails in all corners of society – in workplaces, within families and among friends, in education, and in the medical profession,” said Labour MP Carolyn Harris, the chair of the APPG.

“Access to HRT remains a postcode lottery for women in the UK and there is a stark divide between those who can afford to seek treatment elsewhere, and those who cannot.”

Publishing its final report after a year-long inquiry into the menopause, MPs will today demand “widespread action” to improve the situation for those going through the menopause, as well as families, friends and colleagues affected by it.

The menopause can have a debilitating impact on the day-to-day lives of women. That could involve an inability to get the right diagnosis at the right time, difficulties in accessing HRT or health advice, a lack of support from their employer while struggling at work, or simply struggling with horrific symptoms.

Half the population will experience the menopause, but an “entrenched taboo” around women’s health issues means support for the 13 million women going through perimenopause or the menopause is “completely inadequate”, MPs warn.

“The NHS must implement a health check for all women at the age of 45, offered in a similar way to cervical cancer smears when all women are invited to make an appointment,” its report will say.

“This is crucial to ensure women are engaged with the health system ahead of or in the early stages of perimenopause, help diagnose menopause at an earlier stage and ensure women are better prepared, and have the right information and treatment they need to manage the menopause transition.”

Men and women are already offered a free NHS health check at 40 but it is designed to specifically look for early signs of stroke, heart disease, diabetes or dementia.

Despite recent focus on the issue from ministers, the APPG said a central concern remains that women face a postcode lottery in accessing the right treatment from their GP.

The report said that “despite the evidence on the safe and effective use of” HRT to manage menopause symptoms, “misconceptions around its usage and the perceptions of its dangers still strongly prevail both among women and medical professionals.”

Many women are still not being offered HRT by their doctors, or they themselves turn down treatment based on misconceptions, the report said.

“Busting the myth around the use of HRT is essential to ensure more women can get the treatment they need to manage their symptoms, which can have a huge impact on their day-to-day lives,” it added.

The APPG argues that despite ministers cutting the cost of repeat HRT prescriptions, HRT “is not a luxury and it ought to be freely available for all who wish to use it”.

It added: “We urge the government to make HRT free on prescription to all in England as is the case in the devolved nations.”

When it comes to training for doctors, MPs welcomed that assessments for incoming medics from 2024/25 will cover menopause, but said further action was needed to ensure existing doctors “deliver the best menopause treatment possible”.

They also called on workplaces to do more, saying almost 1 million women in the UK have left jobs as a result of menopausal symptoms.

Harris said: “The consequences for those suffering with menopause symptoms who can’t get the right treatment can be severe – leading to the breakdown of personal relationships and jeopardising careers, with women being forced to take additional days off or leave work altogether, putting their financial situations at risk.

“Whilst the development of a women’s health strategy was an opportunity to revolutionise access to menopause support and treatment for all, in its current form it has failed to address the multiple issues that women in the UK are facing.”

The call for checks at 45 comes as researchers warned of a growing link between frequent hot flashes and cardiovascular disease.

Speaking at a meeting of the North American Menopause Society in Atlanta, Dr Rebecca Thurston from the University of Pittsburgh described mounting evidence suggesting that women with more frequent hot flashes were more likely to have high blood pressure, insulin resistance or diabetes, unhealthy levels of blood fats, as well as a greater risk of fatty build-ups in their artery walls (atherosclerosis).

In one recent study of 3,083 women who were followed up for more than 20 years, Thurston and her colleagues found that frequent or persistent night sweats, hot flashes and flushes during mid-life were associated with a 50% to 77% increased risk of future cardiovascular events such as heart attacks or strokes as the women aged.

Thurston said: “Hot flashes are regarded as symptoms with implications for quality of life but not necessarily physical health. Accumulating research has called this long-held clinical wisdom into question and underscores that frequent or severe hot flashes may signal women who are at increased cardiovascular disease risk at midlife and beyond.”