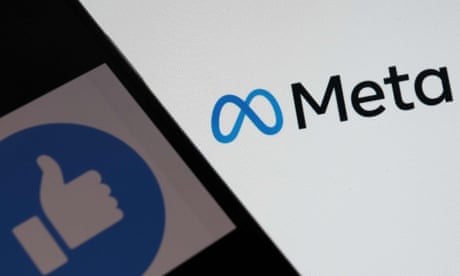 Mark Zuckerberg’s Meta is cutting 11,000 jobs, more than one in eight staff, after a disastrous collapse in revenue has left the company behind Facebook overstaffed and “inefficient”, the chief executive said in a note to staff on Wednesday.

However, Zuckerberg indicated he planned to continue backing the company’s controversial multibillion-dollar bet on virtual reality, saying the metaverse project was a “high priority growth area”.

The first round of redundancies in the company’s history comes after its workforce peaked this year at 87,314 people. In the note, Zuckerberg said Meta had overinvested at the start of Covid, banking that the increase in online activity would continue and accelerate even after the pandemic ended.

“Unfortunately, this did not play out the way I expected,” he said. “Not only has online commerce returned to prior trends but the macroeconomic downturn, increased competition, and ads signal loss have caused our revenue to be much lower than I’d expected. I got this wrong, and I take responsibility for that.”

The reference to “signal loss” is thought to relate to Zuckerberg’s long-running dispute with Apple, which in 2021 limited the amount of data, or “signals”, Facebook could gather about the behaviour of iPhone users. That loss, Zuckerberg has regularly said, made it harder for small businesses to use Facebook adverts to profitably acquire new customers.

The company is offering US employees severance pay starting at 16 weeks, Zuckerberg’s note said, as well as six months of healthcare support. Those on immigrant visas will receive help from “dedicated immigration specialists”, but Zuckerberg acknowledged that the cuts are “especially difficult if you’re here on a visa”.

Despite widespread criticism of Zuckerberg for the scale of his investment on the company’s virtual reality project, which has seen more than $10bn spent on research and development each quarter, he insisted in the note that the pivot remained a “high priority growth area”, alongside the company’s TikTok-style “AI discovery engine” and its ads and business platforms.

Instead, Zuckerberg explicitly pointed a finger at Apple’s privacy changes, saying the loss of data was one of the factors depressing the company’s revenue.

Meta’s share price peaked in September 2021 at $379, shortly after the Apple system rolled out to all iPhone users. But the months after were one bruising revelation after another, from quarterly earnings reports that demonstrated the immediate harm of the change, to a damaging set of leaks from whistleblower Frances Hagen, and the company’s largest global outage in years.

Even its October 2021 rebranding, from Facebook to Meta, couldn’t stop the downward trend, and the company saw its largest ever stock price drop in January this year, plummeting more than a third in less than four weeks. It now sits at under $100, its lowest level since early 2016.

The scale of the redundancies is massive, but proportionally far lower than the chaotic dismissals at Twitter, where Elon Musk led a company-wide effort to cut 50% of the workforce in a matter of weeks. Musk’s aggressive job losses were almost immediately hit with accusations of breaches of employment law, for insufficient notice and a failure to ensure that the axe was wielded equitably.

“The Twitter scandal has lowered the bar so far that now it will be easy for Meta and other employers to make their redundancy processes look sophisticated and humane,” said Charlie Thomson, an employment law expert at Stewarts.

“Many of these organisations will offer exit packages to redundant employees in exchange for a settlement of potential claims, which can make alleged flaws in the consultation process somewhat academic. But there is still reputational cost to handling job cuts in a cack-handed manner. And if an employer annoys their staff enough, they might prefer suing over settlement.”

The same day as the redundancies were confirmed, the UK’s competition regulator, the CMA, also began the formal process of forcing Meta to divest itself of animated gif search engine Giphy, which it had acquired in May 2020. The order requires Meta to work with the CMA to either sell or spin off Giphy as quickly as is practicable.