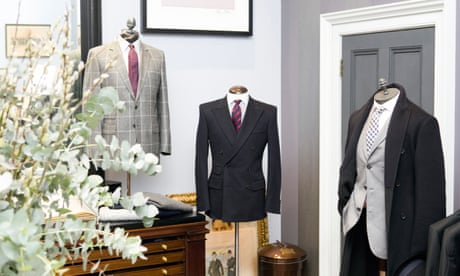 Frasers, which already owns Sports Direct, House of Fraser and the Flannels designer casualwear chain, is understood to have taken on the Gieves & Hawkes brand and five UK stores, including the flagship in the tailoring heartland of Savile Row. It is not clear how many jobs have been saved under the deal.

Michael Murray, the chief executive of Frasers, which is controlled by the Sports Direct founder Ashley, said: “We are delighted to have acquired Gieves & Hawkes, securing a long-term future for an iconic 250-year-old brand. This acquisition further adds to our portfolio of strategic investments in luxury and premium brands.”

The acquisition is the latest in a long string of buyouts of troubled companies by Ashley’s retail empire, which most recently bought up the fast fashion online specialists Missguided and I Saw It First.

Those brands are a world away from Gieves & Hawkes, a tailor that traces its roots back to the late 18th century. It was put on the market after its owner, the Hong Kong-based Trinity, was put into administration in December 2021.

The company, which has held royal warrants since 1809, has dressed King Charles III, George VI and George V, as well as the princes William and Harry. It also dressed Admiral Lord Nelson, the Duke of Wellington and Winston Churchill.

It moved to a Georgian townhouse at 1 Savile Row, just off Regent Street in central London, after Gieves acquired the Hawkes brand in 1974. Gieves was founded in 1785 and Hawkes in 1771.

Suit makers had a tough time during the pandemic, as office staff switched to working from home and many formal events such as weddings were cancelled.

In its last published accounts, covering the first Covid pandemic year in 2020, the Gieves & Hawkes holding company warned it would not be able to continue as a going concern without finding new backers.