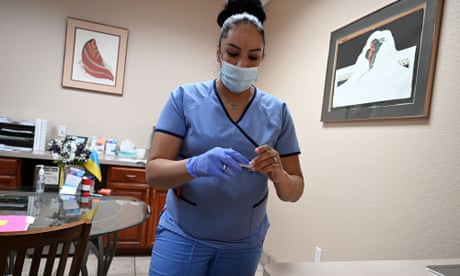 Women don’t need to wait for at least six months before trying for another baby after a miscarriage or abortion, an analysis of data suggests, challenging World Health Organization guidance.

The research was also at odds with WHO advice that women should delay at least 24 months after a live birth before becoming pregnant again, to avoid complications in the next pregnancy.

This guidance was based on the idea that a shorter interval might not allow women enough time to replenish their nutritional reserves, to recover from infections or inflammatory diseases that may have contributed to miscarriage, or to lose excess weight gained during the previous pregnancy. However, evidence to support this was scarce, and largely based on studies and preliminary reviews from low- and middle-income countries conducted before 2005.

To investigate further, Gizachew Tessema of the Curtin School of Population Health in Perth, Australia, and colleagues analysed data from 49,058 births after miscarriage and 23,707 births following abortion in Norway between 2008-2016. They looked for any association with preterm birth, having a baby that was small or large for its gestational age, or the mother developing gestational diabetes or preeclampsia – a potentially serious condition that causes high blood pressure during pregnancy and after birth.

The study, published in PLOS Medicine, found that, contrary to current advice, women could attempt pregnancy “soon after” after a previous miscarriage or abortion without a significantly elevated risk of these complications.

“We believe that our findings are reassuring for women or families who attempt pregnancy soon after a miscarriage or induced abortion without increasing the risk of adverse pregnancy and birth outcomes,” Tessema said. “The upshot is that you can have your children when you like, but there are caveats. Firstly, at least some time is needed to recover from the previous pregnancy. This will vary from person to person, but if I had to pick a number, it’s at least six weeks.”

Leaving a small gap between pregnancies also provides less time for any underlying infection or inflammation to clear up. “Anyone concerned should consult a GP or obstetrician when planning a pregnancy,” said Tessema.

Other recent research by the group also found no increased risk of adverse pregnancy or birth outcomes for women who became pregnant shortly after a stillbirth or giving birth to a healthy baby. Tessema said: “Based on this study and others, we are calling for a review of the existing World Health Organization recommendations for pregnancy spacing following pregnancy loss.”