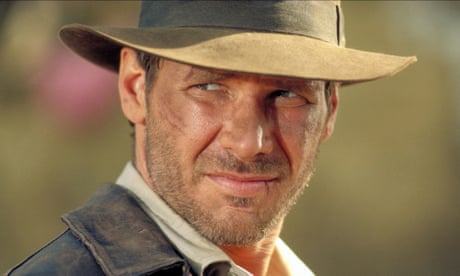 Age: About 18. The first high-profile example was showcased in X-Men: The Last Stand in 2006.

What witchcraft is this? It’s the film industry technique for making actors look younger.

Does it work? Well, it has a chequered history. Sometimes it’s good (Samuel L Jackson is quite convincing with 25 years shaved off him in Captain Marvel); more often it’s ineffably creepy. Worst case, you end up looking like Patrick Stewart in X-Men: The Last Stand: “Weirdly waxy and unlined, as if he had been injected with enough Botox to rejuvenate a bull elephant,” said Peter Bradshaw or “literally … an egg”, according to a Screen Rant article on the topic.

Surely the technology must be getting better? We’ll find out soon, because Harrison Ford, now 80, has been digitally de-aged in the new Indiana Jones movie. Apparently, Industrial Light & Magic, the visual effects company responsible, used new software that combined archive material of the younger Ford and new footage. It should inspire a feeling of “Oh my god, they just found footage,” according to Lucasfilm president Kathleen Kennedy.

To what age, exactly? Ford was 37 when he starred in Indy’s screen debut Raiders of the Lost Ark.

How depressing: stars pretending to be younger than they are. Hollywood ageism strikes again. I think Hollywood ageism is more about grizzled old geezers getting twentysomething love interests, and women over 40 being forced to play their contemporaries’ grandmothers. De-ageing tends to be a way to finesse tricky flashbacks: the rejuvenated Ford will only appear in one “adrenaline blast” of an opening scene, set in 1944.

Hmm. And is he doing the stunts, too? He’d need more than a Sanatogen capsule if he’s going to be dragged along by a truck this time … Isn’t that a touch ageist? Ford’s stunt double was spotted in Glasgow last summer: we can’t all be Tom Cruise. He’s not cheating in one key respect: he still fits in Indy’s trousers, apparently. “I think his proudest moment was when he fit in those pants,” said producer Frank Marshall.

And what does Ford, a notorious curmudgeon, think about all this digital smoke and mirrors? It’s true he’s not famed for his ray of sunshine qualities, but he’s cool with it, apparently. “This is the first time I’ve seen it where I believe it,” he told Empire. “It’s a little spooky. I don’t think I even want to know how it works, but it works.”

Honestly, between this, the ABBAtars, face-tuning and deepfakes, is anything real? Is Pass notes even real? Read my turkey neck, eye bags, general air of defeat and thinning lips: we’re real, alright.

Do say: “Oh my god, they just found footage!”