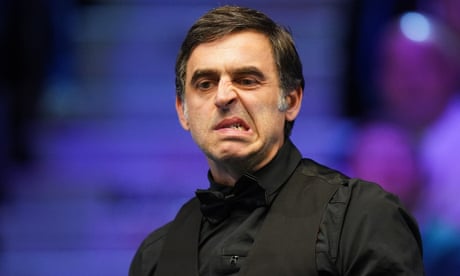 Ronnie O’Sullivan crashed out of the UK Championship quarter-finals in York after being thrashed 6-0 by Ding Junhui. World No 1 O’Sullivan was whitewashed in a triple crown event for the first time in his 30-year career and scored just four points in the final four frames.

The 46-year-old, who has won the UK title seven times, said: “It’s great to see Ding play well. He’s a class act. Afterwards I just said to him: ‘You played great, go and win it, get the job done.’ I think we’re all Ding fans.

“Some days you play and it goes great and some days it doesn’t. It was just one of those days, what can you do? Thirty years I’ve been at this game, I’ve taken a few knocks along the way.”

The result ranks as one of the biggest shocks in the sport for many years. Ding, who has won 14 ranking titles, has slid down the rankings since that triumph three years ago and has seen his compatriots Yan Bingtao and Zhao Xintong win triple crown events.

Lisowski, the world No 12, powered his way into the semi-finals with an emphatic victory, making four consecutive centuries in a superb display of attacking snooker. He needed only one hour and 27 minutes to complete his win.

Allen, the player of the season so far after defending his Northern Ireland Open title and being runner-up in the British Open, had a tougher job to see off Craigie, but came through 6-4.

Craigie, the world No 47, built up a 4-2 lead but Allen showed his class to win four frames in a row.