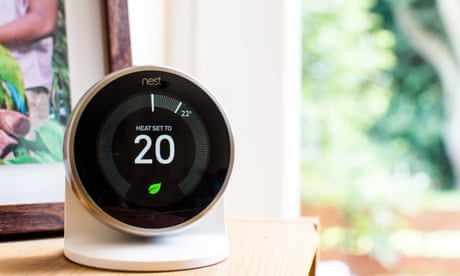 The retail group, which also owns hardware trade supplier Screwfix, said customers who invested in a raft of energy-saving DIY products helped increase group sales by 0.6% to £3.3bn in the three months to October. When stripping out the impact of the weaker pound, sales were up 1.7%.

“While the market backdrop remains challenging, DIY sales continue to be supported by new industry trends such as more working from home and a clear step-up in customer investment in energy saving and efficiency,” the Kingfisher chief executive, Thierry Garnier, said.

That included sales of loft insulation roll at B&Q, which were up 108% compared with a year earlier, while demand for smart thermostats and kits from Screwfix rose 29%. Kingfisher added that sales of its thermostatic radiator valves – which are self-regulating and designed to maintain a constant temperature in a room – were up nearly 34%, and that sales of central heating controls had increased by nearly 21%.

Kingfisher’s trading update comes a week after the chancellor, Jeremy Hunt, said in the autumn statement that the typical annual household energy bill would rise to £3,000 from April. The government’s energy price guarantee (EPG) has so far limited typical household bills to £2,500.

Capitalising on existing demand, Kingfisher said it had launched an energy savings service in the UK and France to help customers identify which products and services would increase energy efficiency in their homes before winter. Garnier said there had been “very positive take-up” so far, with B&Q alone taking nearly 1,000 appointments within the first three days of launch.

Kingfisher said it was also trying to remain competitive on pricing, given that households were being squeezed by the cost of living crisis. The retailer said it was trying to ensure that home improvement products were both “affordable and accessible” including by offering own-brand items that now make up 45% of its sales.

“While we continue to be vigilant against macroeconomic uncertainty, we remain confident in both the resilience of our industry and in continuing to grow ahead of our markets,” the chief executive added.

However, the company reduced its profit guidance due to wage inflation, “slightly higher” energy costs and investments in its Screwfix France opening plan.

The company said it is “managing inflationary pressures effectively” but that it now expects a profit of between £730m and £760m. It had previously told investors that profits could be as high as £770m.