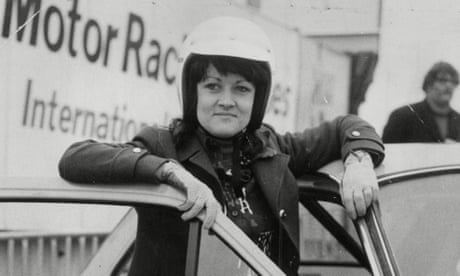 The motoring journalist Sue Baker, who has died of motor neurone disease aged 75, was perhaps best known for her work as a presenter on the long-running BBC show Top Gear. She appeared in more than 100 episodes of the programme from 1980 to 1991.

In those days, the programme was based at the then BBC studios in Pebble Mill, Birmingham, and was one of the most popular on the BBC. It was very much an information programme, rather than the entertainment show into which it later developed, and road-testing of “ordinary” cars formed an important part of each episode.

Sue had a remarkable capacity for absorbing the technical specification of the cars, sifting the PR presentations and ballyhoo at the launches, and then presenting her own conclusions and impressions in concise and entertaining “pieces to camera” delivered from an often hastily scribbled script. No Autocue in those days. In early years, tests and reports were shot on film, so fluffs and the need for retakes were discouraged – film was expensive.

She was a key part of the team, and was popular with fellow presenters – I joined the year after her – and the crews. While performance figures and handling characteristics were obviously featured, exuberance on the public road was discouraged and tyre squeal was a no-no.

Sue was notable as a female figure in the then largely male-dominated media. Together with Angela Rippon, one of the original Top Gear presenters when the programme launched in 1977, and Judith Jackson, who presented episodes from 1979 to 1982, Sue brought an important female perspective to car tests. She was also keen to encourage and introduce more women to motoring journalism, as well as welcoming newcomers to the profession.

Born in Chislehurst, Kent, the daughter of Dora and Frank Baker, who worked in technology for Barclays Bank, Sue was interested in “how things work” as a little girl, and that included a fascination with cars. However, she had her sights set on journalism while at school, and after training at Harlow College, Essex, landed a job on the Kentish Times.

Over all these years as a journalist, she maintained a great interest in motorsport, and in those less regulated times was a familiar figure in the pit lane and press boxes of race meetings from Formula One to saloon car racing. She was able to buttonhole and interview the leading drivers of the time – and had a particular regard for James Hunt, then engaged on his duel with Niki Lauda.

Sue got to compete in the “celebrity” Ford Escort races at Brands Hatch, but admitted she made a better journalist than a racing driver. However, always keen to hone her skills on driving courses, she became a rally co-driver, notably partnering and winning with Michèle Mouton in an Audi Sport Quattro. She later maintained that her popularity as a co-driver was owing to her strong stomach – she could take being tossed about in a rally car without throwing up.

She partnered the Le Mans winner Derek Bell on The Beaujolais Run, and often said how much she valued the opportunities as a motoring writer to be driven around race circuits by some of the great racing stars of the age. She admired the determination and progress of Lewis Hamilton to the top.

As a freelance she embraced social media, and had a faithful following on Twitter. She contributed to a wide range of publications and outlets, including Saga magazine. She and I worked on motor industry presentations to dealers and instructional videos for Virgin Media. While maintaining a lively interest in new cars and their development, Sue was concerned that the plethora of computer screens and information technologies were in danger of moving beyond the capacity of the average driver. And while acknowledging the advances made in safety, she was wary about autonomous cars.

She maintained hers had been a wonderful life in motoring journalism and worried that the sense of excitement and fun in driving she had enjoyed was diminishing.

Sue’s husband, John Downing, who worked in naval intelligence, died in 2019; she is survived by her son, Ian, and daughter, Hannah.