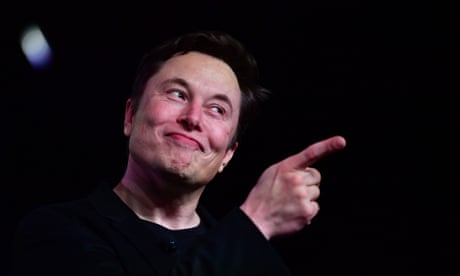 Elon Musk has banned a US comedian’s Twitter account after taking on users who impersonate him on the platform.

Twitter’s new owner announced an immediate ban on accounts pretending to be someone else without flagging them as parodies. The move resulted in the removal of an “Elon Musk” account held by the comedian Kathy Griffin, who had changed her account name to match that of the Tesla chief executive.

Musk tweeted: “Going forward, any Twitter handles engaging in impersonation without clearly specifying “parody” will be permanently suspended.” He added that there would be “no warning” before suspensions are imposed and that any name change would result in people losing their blue tick – which verifies who they are.

Griffin had tweeted about the US midterm elections under Musk’s name, with one tweet saying: “After much spirited discussion with the females in my life. I’ve decided that voting blue for their choice is only right (They’re also sexy females, btw.) #VoteBlueToProtectWomen”. Musk tweeted about the account ban, saying Griffin had been removed for “impersonating a comedian” but could have her account back for $8.

Musk said the parody rule would be a condition for signing up to the platform’s revamped subscription service, Blue. Users who pay $7.99 (£6.98) a month for the service will receive a blue tick, as well as the ability to post longer videos and receiving half as many ads. On Sunday evening, several accounts that had changed their name to Elon Musk or approximations of Elon Musk appeared to be suspended or placed behind a warning sign, including those of Griffin and the Australian satirical website the Chaser.

“I guess not ALL the content moderators were let go? Lol,” Griffin joked afterward on Mastodon, an alternative social media platform where she set up an account last week.

Despite Musk promising that users would be able to parody other accounts if they were clearly marked as such – a restatement of Twitter’s existing policy – some received bans despite explicitly labelling their new accounts as mockeries of the company’s owner: one user, who changed his verified account’s name to “Elon Musk (Parody)”, was automatically locked out until he changed it back.

The New York Times reported on Sunday that Twitter has delayed rolling out the new verification process until after the midterm elections on Tuesday, amid fears that bogus “verified” accounts could appear posing as Joe Biden, politicians or news organisations. The NYT story quoted an internal message from one Twitter employee asking why the company was “making such a risky change before elections, which has the potential of causing election interference”.

A Twitter employee, Esther Crawford, told the Associated Press the option was coming “soon but it hasn’t launched yet”.

The actor Valerie Bertinelli had similarly appropriated Musk’s screen name and posted a series of tweets in support of Democratic candidates on Saturday before switching back to her true name. “Okey-dokey. I’ve had fun and I think I made my point,” she tweeted afterwards.

Bertinelli noted the original purpose of the blue verification tick. It was granted free of charge to people whose identity Twitter had confirmed; with journalists accounting for a big portion of recipients. “It simply meant your identity was verified. Scammers would have a harder time impersonating you,” Bertinelli said. “That no longer applies. Good luck out there!”

Responding to a tweet about this problem, Musk tweeted: “You represent the problem: journalists who think they are the only source of legitimate information. That’s the big lie.”

Instead, Musk suggested that the social network’s goal “to become by far the most accurate source of information about the world” would be achieved through its Birdwatch community factchecking programme. Launched in 2021 and still US-only, Birdwatch allows users to add notes to popular tweets, which are then displayed to other users if enough people find them informative.

The chaotic changes to the social network have come so fast that some are now being reversed: after sacking thousands of staff members on Friday, Twitter has started to ask “dozens” to return to work, according to a report in Bloomberg, with managers realising that they were responsible for crucial features.