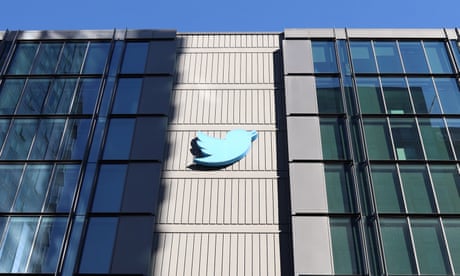 Twitter stands a 50% chance of a major outage that could take the site offline during the World Cup, according to a recently departed employee with knowledge of how the company responds to large-scale events.

The former employee, who was granted anonymity because of the sensitivity of what was discussed, has knowledge of the workings of Twitter Command Centre, the platform’s team of troubleshooters who monitor the site for issues such as traffic spikes and data centre outages.

“Between the lack of preparations and the lack of staffing, I think it’s going to be a rough World Cup for Twitter,” said the former employee.

He suggested that an incident of some kind – such as a service responding slowly or incorrectly – is almost a certainty during the 29-day competition in Qatar, estimating a 90% possibility of something going wrong that users would see.

The likelihood of Twitter staying online during the competition, which kicks off on Sunday, is no better than even, according to the former employee.

Twitter is “likely to struggle with traffic at kickoff, and may crash,” he said. “If we’re lucky, it will recover with minimal disruption.”

Twitter’s ability to respond to any issues with its IT infrastructure has been weakened by swingeing cuts that Elon Musk, the CEO of electric vehicle manufacturer Tesla and founder of space exploration company SpaceX, has instigated since his 28 October purchase of the platform for $44bn .

Approximately half of the company’s 7,500 workforce were sacked in the first week. In the second week, around four in five of the firm’s 5,500 contractors were released. And this week a further 1,000 or more workers resigned after Musk issued an edict asking them to opt into future employment. Many of those who resigned were Twitter’s most experienced staff, some of whom had been at the social media platform for more than half its existence.

Some of those affected by layoffs or employee attrition include those in Twitter Command Centre. The Observer understands as many as a third of the small global incident team may have departed in recent weeks.

The company is ill-prepared to handle the likely flow of traffic to the platform as people seek to discuss key moments during the World Cup. “Traffic gets very spiky during big events, so any big play or controversial call will drive a very sudden surge of traffic – and the infrastructure would have to absorb the impact,” said the former employee. “Under other circumstances there would be plenty of people watching things and making sure any hotspots get dealt with.”

A so-called “change freeze”, which halts the ability to change Twitter’s coding – in place before Musk’s takeover and imposed on and off throughout his first few weeks – has hampered preparations, the former employee claims.

Asked what plans are in place at Twitter to tackle issues likely to arise during the World Cup, he said: “None that I know of. We should have been doing things weeks ago.”

The prognosis for the World Cup is something that concerns John Ioannidis, a former software engineer at Twitter who was working for the company as it handled issues arising during the 2014 World Cup. “The brouhaha with Elon really peaked in the last couple of weeks,” Ioannidis said. “Even with the best set of equipment and hardware, sudden influxes of traffic can cause problems.”

According to Ioannidis, the company was constantly monitoring Twitter’s infrastructure to ensure it stayed online during the 2014 World Cup in Brazil. “There are so many ways that things can fail, you can’t predict all of them,” he said. The platform went offline for periods of the 2010 World Cup under high traffic.

The potential for high volumes of traffic during the competition also worries Alan Woodward, professor of cybersecurity at the University of Surrey. “At the moment Twitter appears to be trusting things to luck, which in my experience is not a reliable approach,” he said.

The recently departed anonymous Twitter employee is “dreading” the start of the tournament. “I couldn’t do anything to help,” he said.

Musk did not immediately respond to a request for comment. Twitter no longer has a communications department after the layoffs.

Overnight on Friday, Musk tweeted: “First World Cup match on Sunday! Watch on Twitter for best coverage & real-time commentary,” alongside a survey of users asking whether they would welcome the return of former US president Donald Trump, who was banned from Twitter in January 2021 for inciting violence through the platform.