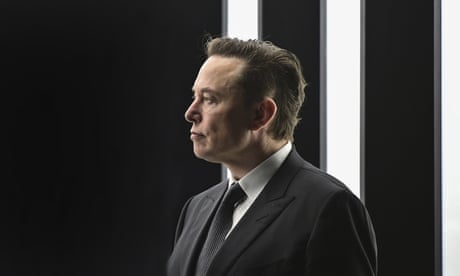 Julia Mozer and Dario La Nasa, who were in charge of Twitter’s digital policy in Europe, left the company last week, the Financial Times reported.

The pair had survived an initial cull when Elon Musk laid off thousands of employees following his takeover last month. It is unclear whether Mozer and La Nasa were made redundant or chose to leave in response to Musk’s ultimatum to commit to working long “extremely hardcore” hours or quit.

Neither was it clear whether Twitter was closing its office in the European capital, one of the world’s largest centres of tech regulation.

Questions to Twitter’s press office went unanswered, while Moser and La Nasa did not immediately respond to messages.

In the first round of layoffs Twitter sacked about half its 7,500 workforce, dissolving entire teams, including human rights, machine learning and algorithmic ethics. Among the thousands who lost their jobs was the head of the Brussels office, Stephen Turner. He tweeted on 14 November: “After 6 years I am officially retired from Twitter. From starting the office in Brussels to building an awesome team it has been an amazing ride.”

The collapse of the small Brussels team has raised questions about the company’s ability to enforce new rules intended to rein in the power of big tech and restrict hate speech. EU officials are said to have many contacts based in Dublin, where Twitter has its European headquarters, although that office has also faced 50% cuts. “I can confirm that we have active and ongoing contacts with Twitter (and other platforms) on different topics,” a European Commission spokesperson said.

Senior officials have expressed confidence that the departures at the Brussels office do not threaten Twitter’s ability to comply with key EU laws affecting large tech companies.

The news came as the commission revealed that Twitter – along with most other tech companies – had become slower in responding to hate speech reports. In 2016 large social media companies agreed a code of conduct with the EU executive pledging to assess most notifications of hate speech in less than 24 hours. In a seven-week period this year, Twitter assessed only 54% of notifications within 24 hours, as part of a general performance decline by most signatories to the code.

The company will also have to grapple with the EU’s Digital Markets Act, a landmark law intended to curb the dominance of large platforms that came into force this month.