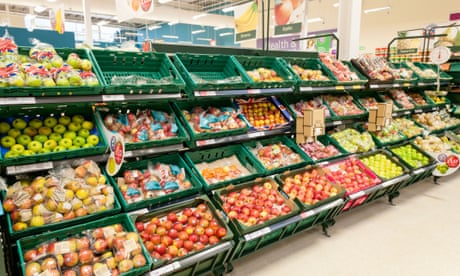 Close to a third of single parents have resorted to skipping meals to make ends meet because of rising food costs, according to research revealing the household types worst hit by the cost of living crisis.

Three in 10 single parent households surveyed said they had missed meals as a consequence of runaway food prices. That compared with one in seven parents in couples and an overall figure of 14% in the poll by the consumer group Which?

“Our research has found that families across the UK are struggling with the rising cost of living, with single parents most likely to be skipping meals or turning to food banks to make ends meet,” said Rocio Concha, its director of policy and advocacy.

Which? wants supermarkets to ensure prices are easy to compare and that budget food ranges are widely available. “As food prices continue to increase it is crucial that everyone is able to access affordable food that is healthy for themselves and their families,” Concha said.

The most recent official data showed food price inflation hit 16.4% in October – its highest level since 1977 – because of big increases in the cost of staples such as milk, butter, cheese, pasta and eggs. One in 10 single parents told Which? they had used a food bank in the past two months compared with an overall figure of 3%.

Which? said households experienced different rates of inflation, with single parents and pensioners badly hit because they spend a greater proportion – 30% – of their budget on food, energy and fuel. For couples with children this drops to about a quarter. However, all households are spending significantly more of their income on essentials than they did a year ago.

In another worrying sign, almost a fifth of single parent households and one in seven couples with children said they had missed a vital bill payment, such as their mortgage or rent, in September and October. On average, the missed payment rate was 8%.

One woman in her early 40s told researchers that because of the cost of her bills she could “barely feed my children some weeks”. Another added: “I’m not eating properly so that I have enough money to feed and clothe my kids, and still have enough to put in my electricity meter.”

Paul, an unpaid carer for his disabled son, added that he used to come home with four or five bags of shopping, but “now it’s three”. “I’m paying the same price for less products, even with the special offers. Meat is very expensive now. I sometimes go without eating as I prioritise food for my son. I’ve lost a lot of weight since April.”