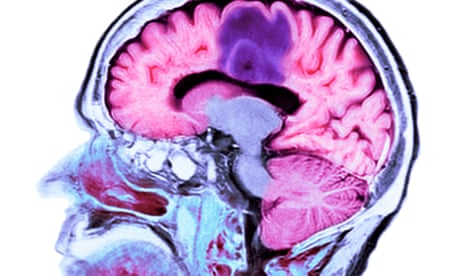 A senior NHS doctor who was one of the trial’s chief investigators said the evidence showed DCVax had resulted in “astonishing” enhanced survival for patients.

The breakthrough could benefit the 2,500 people a year in the UK who are diagnosed with glioblastoma , the commonest form of brain cancer and also one of the most aggressive. People with the disease live on average just 12-18 months after diagnosis, some for even less.

One patient in the 331-person multicentre global study lived for more than eight years after receiving DCVax. In Britain, 53-year-old Nigel French is still alive seven years after having it.

“The total results are astonishing,” said Prof Keyoumars Ashkan, a neurosurgeon at King’s College hospital in London who was the European chief investigator of the trial. “The final results of this phase three trial … offer fresh hope to patients battling with glioblastoma.

The vaccine “was shown to prolong life and interestingly so in patients traditionally considered to have poorer prognosis”, such as older people and people for whom surgery was not an option, he added.

If approved by medical regulators, DCVax would be the first new treatment in 17 years for newly diagnosed glioblastoma patients and the first in 27 years for people in whom it had returned.

Trial researchers found that newly diagnosed patients who had the vaccine survived for 19.3 months on average, compared with 16.5 months for those who received a placebo.

Participants with recurrent glioblastoma who had had DCVax lived on average for 13.2 months after receiving it, compared with just 7.8 months for those who did not.

Overall 13% of people who received it lived for at least five years after diagnosis, while just 5.7% of those in the control group did so, according to the results of the trial, which were published on Thursday in the Journal of the American Medical Association Oncology.

The vaccine is a form of immunotherapy, in which the body’s immune system is programmed to track down and attack the tumour. It is the first developed to tackle brain tumours.

“The vaccine is produced by combining proteins from a patient’s own tumour with their white blood cells. This educates the white cells to recognise the tumour.

“When the vaccine is administered, these educated white blood cells then help the rest of the patient’s immune system recognise the tumour as something it needs to fight against and destroy. Almost like training a sniffer dog.”

The vaccine is not yet available on the NHS. But Northwest Biotherapeutics, the US company that makes it, plans to seek regulatory approval so it can become available.

The charity Brain Tumour Research said “patients who have been starved of new clinical options for too long” needed to be able to access the treatment to prolong their lives.

“DCVax represents the first emerging therapy proven effective in treating glioblastoma since temozolomide chemotherapy in 2005 and what the brain tumour community hopes is for it to become affordable, possibly becoming standard of care – so available on the NHS,” said Dr Karen Noble, the charity’s director of research, policy and innovation.

“The average survival time for glioblastoma is devastatingly short – just 12 to 18 months. Stories like Mr French’s are rare but incredibly welcome. We are very encouraged by the final results of this trial,” she added.

Twenty of the 331 patients in the eight-year trial were in the UK, either at King’s or at University College London hospital. Overall 232 participants had DCVax and 99 a placebo. All 331 had surgery followed by radiotherapy and chemotherapy to remove as much of their tumour as possible, which is the standard treatment for glioblastoma.

Dr Henry Stennett, research information manager at Cancer Research UK, said, “What’s particularly exciting is that [the vaccine] can improve outcomes for people who don’t usually respond well to therapy. While it still needs to pass stringent regulatory approval, it could be a big step forwards in beating this type of brain tumour.”